For the Love of Learning Epi#118

-During the showtimes, watch the show live by clicking this link-

This episode is dedicated to the loving memory of Brycen R.R. Couture

Description:
In tonight’s show, we are going to explorethe value of creating community for self directed learners.

What is a community?

Community is defined as a group of people who share common emotions, values or interests and are actively engaged in learning together and from each other. In addition, communities are collaborative in nature and serve a specific purpose. Members of an effective community should know what they wish to contribute as well as what they wish to receive. Generally speaking, the community values should align with individual values in order for it to work.

Tonight we are going to explore the benefits of creating community for self directed learners (also called unschoolers) and share personal stories, challenges and successes. Join us for this wonderful conversation.

At first glance, Jim’s career may seemed scattered across different fields and topics. However, an emerging theme he’s noticed in his work is to empower people who are powerless. This may sound cliche, so let’s make it more specific: Jim wants to unlock doors and liberate people who are trapped inside.  More specific? He wants to help students trapped in school, elderly people trapped in nursing homes, psychiatric patients trapped in institutions, and inmates trapped in prisons.

To achieve these lofty goals, Jim brings many different skills to the table. For example, he’s an experienced startup entrepreneur, trained biomedical engineer, strong public speaker, self-taught web developer, self-satisfying comedian, eccentric physics teacher, and mediocre painter. To keep himself sane, he likes reading, rock climbing, skateboarding, and traveling.
While he doesn’t mind fighting alone, success requires a team. That’s why he’s all for coordinating efforts to create a better world.
Website/Blog: www.jim-flannery.com
Jim’s current project is Peer Unschooling Network, a digital community that connects self-directed learners around the world.
A past project he worked on was Open Source High, a peer-to-peer learning platform powered by student-made video lessons.
He’s also working on a book tentatively titled: “School Sucks so Start Your Own” which is about having teens start their own self-directed learning communities.

Kandye is a busy unschooling mom to a 14 year old, Jessie (formerly Finn). Jessie only spent around 6 months in the public school system before they realized it was definitely not a fit for them. They have been unschooling ever since! They are located in Central Florida and at first, it seemed as if there were no other unschoolers to be found in their area. They found a wonderful group on the West Coast but it was too difficult to consistently drive two and half hours each way to meet with the group. They tried several local homeschool groups but is was never a great fit for their family. So Kandye and Jessie founded Tabletop Teens, a group where unschooling teens could gather to play all sorts of tabletop and RPG games together. Jessie also has a love of marine science and conservation so Kandye also founded Aquanauts, an all-ages group focusing on “hands on” field work with scientists.

In 2017, along with her spouse, Robert and Jessie, they started the Freeschoolers organization, an unschool cooperative where teens or adults could teach classes. These classes were offered free of charge to unschoolers in the area. With Jessie’s increasing interest in marine science and conservation, Freeschooler’s was becoming too difficult to manage timewise, so they consolidated all of their clubs and cooperatives into one organization/support group, Majestically Awkward Funschoolers. Here, Kandye and Jessie plan field trips, citizen scientist trips, and events for over 350 members around the state of Florida. She also encourages other parents/teens to organize trips/clubs for Majestically Awkward. They are still evolving and growing rapidly but are having a blast along the journey. Kandye and Jessie have co-created and manage several other teen groups that reflect Jessie’s interests including a cosplay/sfx group, philosophy/religion group, international cooking/culture club, and a Dungeons and Dragons/Fate Core group.

I am working on a website but it is still under construction. www.majesticallyawkward.org

Sue Patterson, wife (of 30 years) and mom to three grown homeschoolers, began their home education journey in 1996 when they discovered schools were not going to be a good fit. After 20 years of helping families around the world and connecting with other parents in person and online, Sue continues to share her insights and experiences with the homeschooling/unschooling community in a variety of ways.

A homeschooling coach and unschooling mentor, Sue works with parents who are frustrated with their current educational approach. She provides the information they are looking for and helps them create a homeschooling plan that will actually work. Find out more about working with Sue at www.SuePatterson.com. And, if you’re a new homeschooler, she has created a special support/mentoring program tailored just for the new folks: Chaos to Confidence.

In October 2015, Sue published the book, Homeschooled Teens. If you have fears about the teen years, you’ll want to read what 75 young people have to say about their lives. Homeschooled Teens is at Amazon and more information is also available at HomeschooledTeens.com.

Addison McGrew has been attending the HSC conference for longer than he can remember, and is a senior member of the Teen Conference Commity. For the past few years he has been studying the craft of novel writing, and is in the process of writing his own science fiction novel right now. He plays video games occasionally, though that interest of his has been dying down recently, and spends a large amount of time reading books in his comfy chair or riding his bike around town. He’s not entirely sure what to do with the rest of is life, but that’s cool. He will abide.
http://addisonmcgrew.blogspot.com/

Miro Siegel is an 18 year old traveler and youth facilitator for Project World School. His learning is self directed and influenced by the ever changing world around him. To him, this is Worldschooling. He is interested in, and is an advocate for children’s rights, travel as education and a spearhead of the Worldschooling movement that he and his mother helped create. Miro Siegel traveled to Amsterdam in April, 2016 to present at the TEDxAmsterdamED conference and to bring a slightly more ‘unconventional’ view to the table. In 2017 Siegel was selected as one of 60 youth to attend the Young Global Changemakers Summit in Switzerland  based on his activism surrounding alternative education. Miro aspires to bring cultural awareness and immersion to more people, because he truly believes that travel can bring peace to the world and inspire learning without measure.

You can follow Miro’s poetry here at Seagull’s Den

Early in October, 2018, we lost a beloved member of our community, Brycen R.R. Couture.

Brycen Couture and his mother, Laurie Couture appeared on For the Love of Learning, episode #27 Paleo Parenting & Educating  which aired August 3, 2015 . Laurie Couture was also a guest on a episode #78  addressing children’s rights on October 26, 2016. You can access the episode here A Discussion on Children’s Rights.

A Celebration of Brycen’s Life 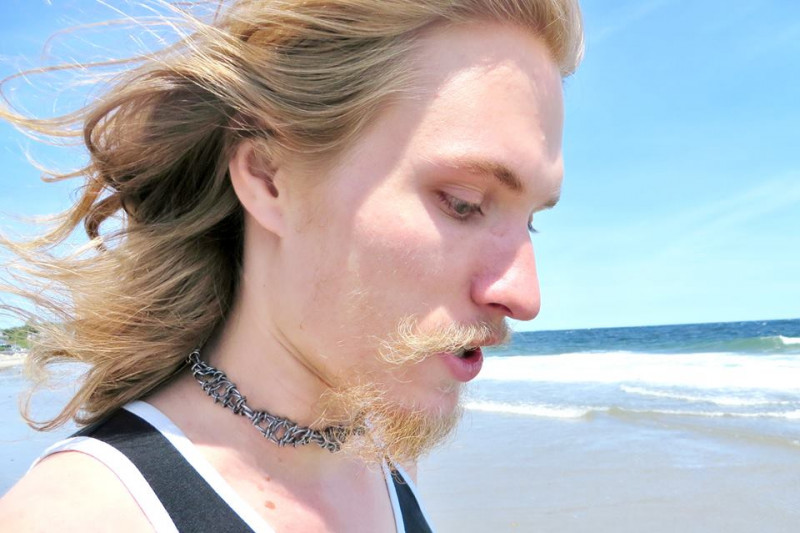 Brycen R. R. Couture, beloved son, nephew, cousin, expectant father, and friend passed away at the age of 23. Brycen was an inspiration to many who was loved and cherished by his family. He was so proud of his family and affected us all in innumerable ways. Brycen was expecting a baby girl in December and he adored his daughter already.

Brycen was a loving, gifted, brilliant and creative young man who wanted to raise awareness about the traumas of child abuse and neglect, especially on behalf of boys, the neglected victims of sexual abuse. He believed people needed to hear about child abuse from a child’s perspective. Brycen was a gifted vocalist and songwriter, artisan, rock climber, an avid tabletop gamer and role-player who was in the process of creating his own tabletop game. Brycen was involved with many volunteer projects in the Seacoast community over the years. He was always in the act of creating something. Whether it was a piece of music, an RPG game, or a piece of chainmaille jewelry, his presence in the arts community of New Hampshire was beloved, and his absence – both in the arts and in our personal friendships – will be keenly felt for the rest of our lives.

There is a fund for Couture family to help ease the memorial and funeral expenses including donations for burial, casket. All proceeds will go directly to the Couture family to assist Laurie in this process. Any additional contributions will go toward helping to finalize the tabletop game that Brycen was inventing.

As always, you can find out more about your host, Lainie Liberti at her website  RaisingMiro.com and the alternative education & world schooling project she runs with her teen son at:  ProjectWorldSchool.com. You can also connect with her on twitter @ilainie & facebook.

For full archives of this show and programming schedule, please visit:

For comments, questions, suggestions or if you’d like to be guest on the show,   please contact us here.